You may have seen me, in Further Tales from Northumberland on ITV, teaching Robson Green to make a Roman pot. You could do far better, (sorry Robson) if you join me on one of my one day pottery workshops coming up soon, email or phone to book: 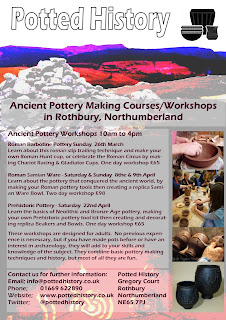 These workshops are designed for adults. No previous experience is necessary, but if you have made pots before or have an interest in archaeology, they will add to your skills and knowledge of the subject. They combine basic pottery making techniques and history, but most of all they are fun.

Visit my website at www.pottedhistory.co.uk
Posted by pottedhistory at 10:26 No comments: 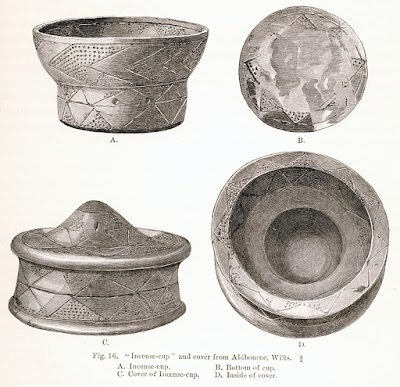 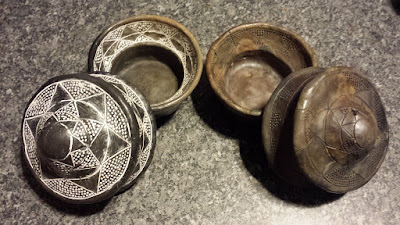 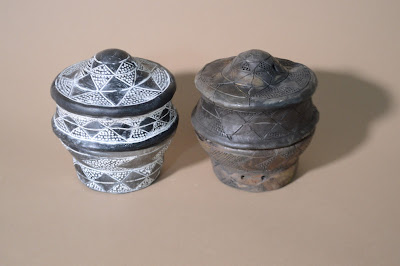 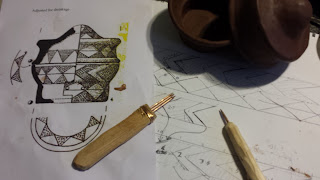 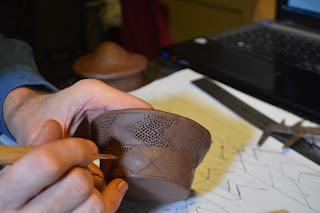 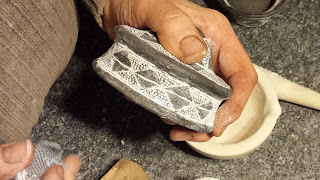 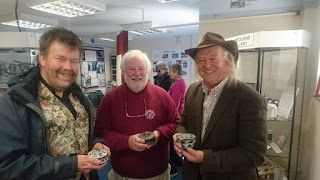 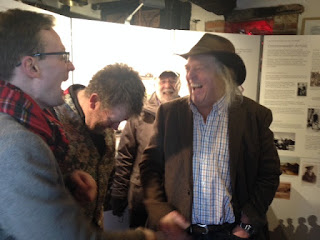 Visit my website at www.pottedhistory.co.uk
Posted by pottedhistory at 14:27 No comments: 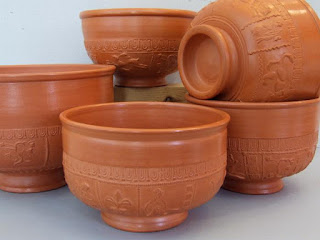 Just had a great weekend running a Roman Samian Ware or Terra Sigillata workshop here in my Rothbury studio, and if you like the sound of it, you might like to join me on my next one. Email me if you're interested info@pottedhistory.co.uk. 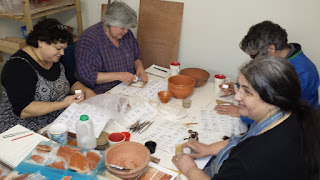 A great group of participants have made their own set of Samian Ware punches based on designs from original archaeological finds. Punches were used by Roman potters; impressed into the inner surfaces of moulds in order to transfer their patterns onto decorated pots and bowls. That's exactly what the people at my workshop did, using their own punches along with some of my own to build up their own design. While some of the participants had a go on my momentum wheel, I'd made a blank mould for each of them, to ensure that everyone went home with a finished mould. 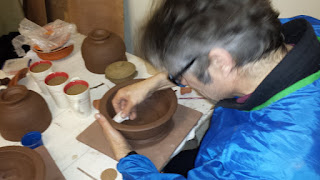 Now the next part of the process is to fire the moulds, but as it wasn't possible to get the moulds fired, as this can only be done after several days of drying, the participants used some of my own moulds for actually making their pot. As the mould spins quickly on the wheel, clay is firmly pressed into it to pick up all the decoration, then it is set aside to dry overnight. After a few hours the pot has dried to leather-hard and shrunk back from the mould, sufficiently to allow it to be removed. 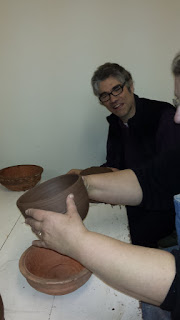 It now goes back onto the wheel, but this time upside down, a ring of clay is applied, shaped and smoothed to form a foot-ring. 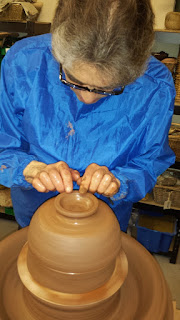 After drying again, the pot is dipped into the specially prepared colloidal slip, which dries to the beautiful satin sheen that makes Samian Ware so special. In addition to making some great replicas the participants learned about the history of Arretine and Samian ware, about the ceramic chemistry that makes this pottery so special, about the amazingly advanced kiln designs that made it so durable that it emerges from the ground looking brand new after two thousand years, about the slip trailing technique that decorated closed forms not suitable for mould making and hopefully much more. 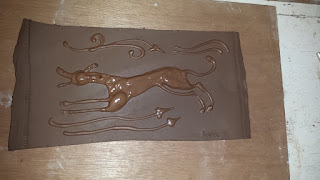 Most importantly everyone had fun!

Visit my website at www.pottedhistory.co.uk
Posted by pottedhistory at 15:51 No comments: