The pots that I find most difficult to replicate are ones that have been made with little aesthetic consideration and only the bare minimum of technical ability.  In the field of ancient ceramics these qualities (or possibly lack of qualities) are rare, but there are exceptions.  I have been asked to replicate some Souterrain ware, a very rudimentary type of pottery from Early Mediaeval Ireland.  I had to make some very similar pieces for the Gefrin exhibition of Brian Hope Taylor's finds from Yeavering / Gefrin in North Northumberland so the type isn't limited to Ireland.

The problem is, I always have to fight the natural inclination to "improve" the pot because that's exactly what I mustn't do.  The pots we tend to see in museum cases are, by and large, the best examples of their types.  If you've gone to the effort of going to see them you'd probably expect no less.  But I have to admit that it was only when I had gained sufficient professional standing, to be allowed into museum store rooms, that I realised that there were bad Prehistoric, Roman, Anglo Saxon Mediaeval, etc., potters.  But there they are, represented behind the scenes of virtually every museum I've ever looked at, and sometimes I have to copy them.

Take a deep breath and forget the last 35 years of training and experience, grab the clay and just make the pot..... and here is one of said pots, made from unprocessed glacial clay, more or less as it was dug from the ground.  The surface pock marked with small cavities left behind when organic matter burned out during the rather uneven open firing, a firing that brought the temperature of the pot up to about 700C, only really just hot enough to be called pot.  The underside is deeply impressed with the grass matt upon which the soft clay was rotated during the crude hand forming process. 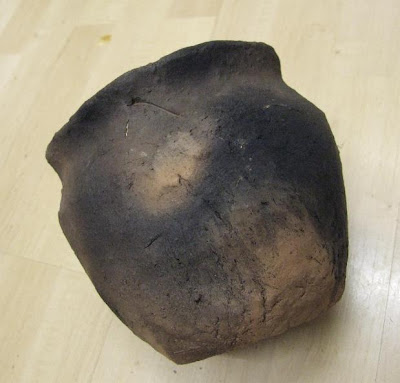 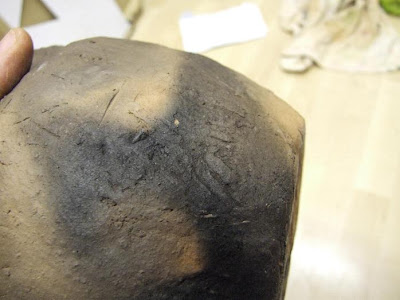 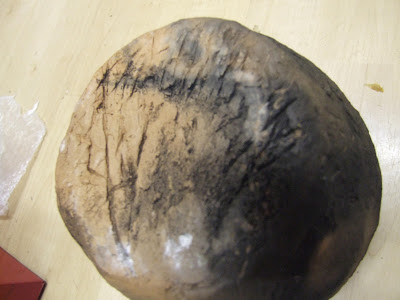 The mystery really is, where had the technology gone??  Ireland is responsible for some of the finest prehistoric pottery in the British Isles.  This pot was obviously made for practicality not beauty and I respect the original maker for that, but were I able to travel back in time, I might be inclined to try and pass on a few potters' tips.