I've been making lots of replicas for museums and individuals in the past few weeks.  Today I sent out three Replica Roman Antifixa (Antefixes) which will become part of the new display at the Grosvenor Museum, Chester.  An antefix is a decorative terminal which finishes off the lower edge of a tiled roof, in this case a Roman roof covered with Tegula and Imbrex tiles.  From left to right they bear the following relief images:
The Boar emblem of the 20th (XX) Legion, the lion and Jupiter Ammun.  The making of these involved first calculating the shrinkage of the clay through each stage of the manufacturing process so that I could make punches, to make the moulds, to make the antefixa. Given the high quality moulding on the faces and the rather rustic approach to the rest of the decoration, I suspect that the faces may have been 'sampled' from something like a legionary standard. 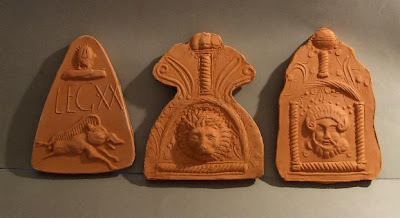 Here you can see a set of Antefixa in place on a miniature Roman roof that I also made for the Grosvenor.


Visit my website at www.pottedhistory.co.uk
Posted by pottedhistory at 11:30 No comments: 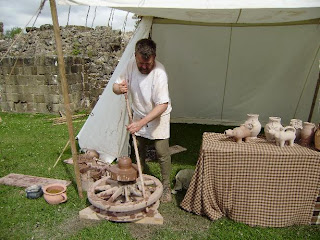 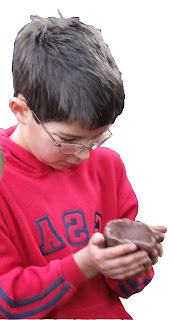 It's been a busy few months for replica making and these are a few of the pieces that I've recently made for clients: 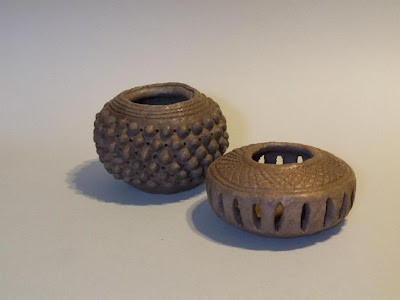 Replica Early Bronze-Age Grape Cup and Fenestrated Vessel from Normanton Down in the Stonehenge landscape. These vessels are diminutive being only about 10cm in diameter but the complexity of the design makes them very time consuming particularly the Grape Cup. 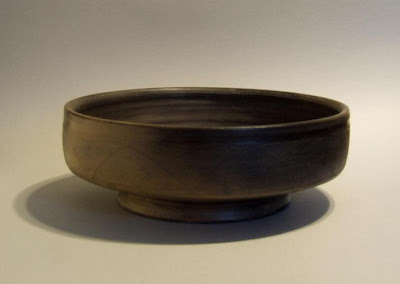 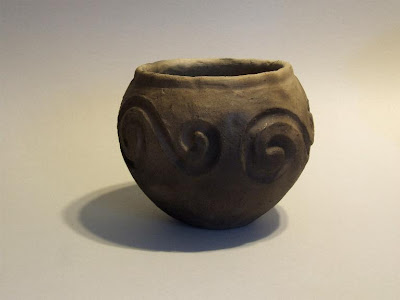 An Iron-Age pot that is now residing in New Zealand 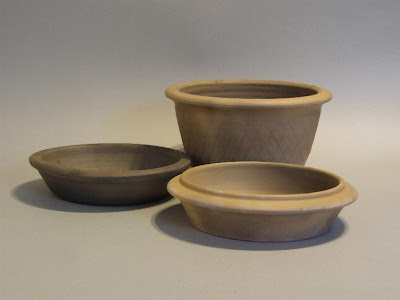 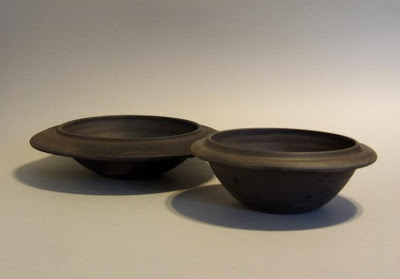