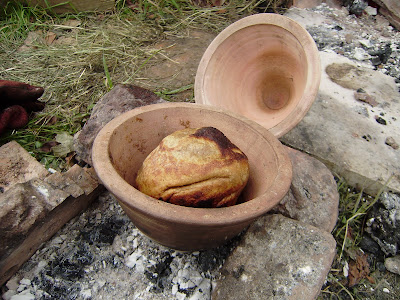 Other recent bread making activity has included using the conical pots of the type used in the Valley of the Kings. Quite successful although I dont think I have got the dough consistency quite right yet. 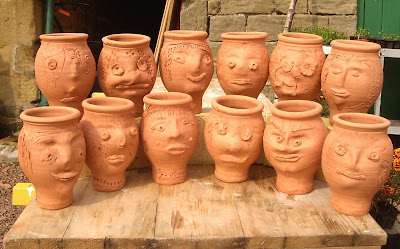 Just finished throwing 35 pots which will form the backbone of my workshop with a class of Key Stage 2 children at a Northumbrian school tomorrow. I start the day with the whole class by demonstrating how the Romans made pots on the wheel and how they made lamps in moulds. We then move on to my handling collection of replicas and sherds. during the remainder of the day I work with groups of about ten children at a time, an hour with each group and they turn my rather plain thrown pots into their own interpretations of Roman head pots. Great fun and lots of learning are generally had by all!

Visit my website at www.pottedhistory.co.uk
Posted by pottedhistory at 11:02 No comments: 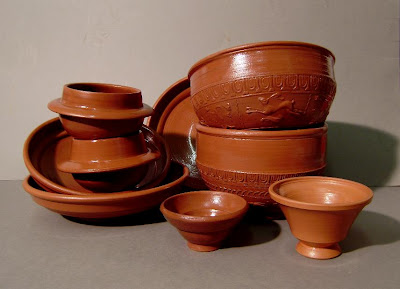 I have finally managed to find the time to fire the batch of Samian Ware that I made over a month ago! Much to the relief of some of my customers!

Visit my website at www.pottedhistory.co.uk
Posted by pottedhistory at 12:38 No comments: 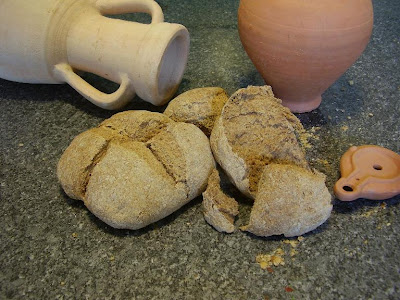 Although I am a potter and would normally say that this is my only real area of expertise, I have in recent years, been called upon to bake bread on several occasions. This came about because, after I built the Roman kiln for Segedunum, they asked if I could also build for them, a Roman bread oven. Not being one to turn down a challenge I said yes. 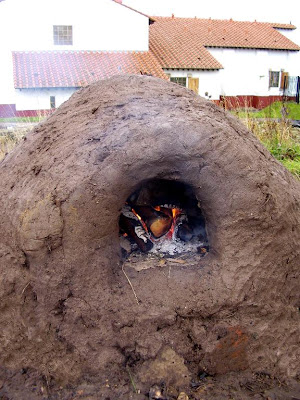 The Oven was loosely based on evidence from the ones at Chichester and Doune Primary School. It was constructed on a masonry and rubble base, using hazel withies as an integral former for the clay dome. The baking floor is made up of sandstone flags and the exterior is finished with a layer of plaster. It works on the preheating principal, whereby a wood fire is lit inside the baking chamber and the whole structure is thoroughly heated for several hours. In order to bake the fire is raked out and the floor of the oven swept, the prepared dough being placed directly onto the heated flagstones. 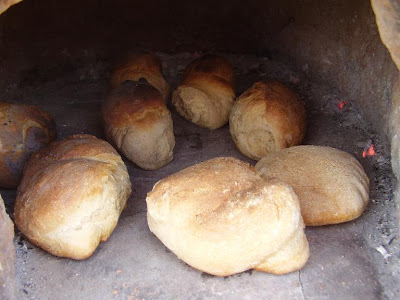 I have used this oven many times now and it has proved successful on every occasion. So successful in fact that it got me hooked and I just had to find out more about bread making. I started researching, making and using various pots associated with the process, from different periods of history, and possibly putting on a little weight in the process. 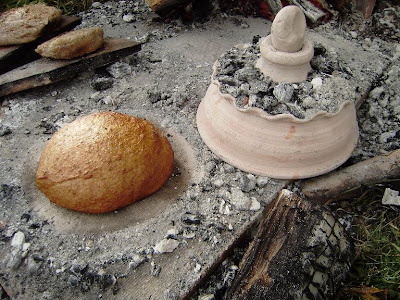 The Clibanus or Testum is basically a small portable oven from the Roman period and pieces of Clibani have recently been found at the Amphitheatre in Chester, where it is suggested that they were used for producing fast food. The photo shows one of my replicas in use baking bread. Again a fire is lit on a flat stone and the clibanus put next to it to preheat. The stone, once thoroughly heated, is cleaned and the dough placed on it covered by the clibanus. Hot ashes and burning charcoal are then placed on top of the clibanus, after about half an hour the pot is removed to reveal a perfectly baked loaf! Every barbecue should have one! As for the circuses? Well nobody has asked me yet!!

It is getting cold in Northumberland! 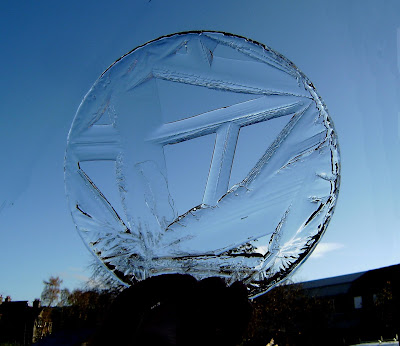 As I think I've said before, my job is such that every day is different. I notice and am often delighted by very small and possibly insignificant things; today it was the ice from top of one of my clay processing buckets that caught my attention. It is getting cold and my tendency to work outdoors as much as possible will certainly be curtailed a little over the next few months. However cold it gets I can be certain that there I will always be surrounded by Beauty here in Northumberland. I am hoping that I can spend quite a lot of the time this winter making lots of replicas and constructing my new Roman Pottery teaching workshop. Watch this space to see if I succeed

Visit my website at www.pottedhistory.co.uk
Posted by pottedhistory at 05:40 No comments: