At Easter 2017 you'd have found me absolutely in my element, working for Historic Environment Scotland, at Skara Brae, the amazingly well preserved Neolithic Village on the Bay of Skaill, Orkney Mainland not far from the Ness of Brodgar, the Ring of Brodgar, The Stones of Stenness and Maeshow. Built about 5000 years ago, that's before the stones were erected at Stonehenge and before the first Egyptian pyramids were constructed, Skara Brae is a truly remarkable survival. Occupied for about 500 years it was abandoned around 4500 years ago and as relatively quickly covered with sand, preserving not only the structure of the buildings and some wonderful artefacts, but the flagstone furniture as well; beds, storage tanks and display shelving know as "the dresser".  Several of these houses are preserved almost to level of the roof, the exact structure of which is not known.  For conservation reasons it's not possible to enter the original houses, so Historic Environment Scotland have created a replica of house seven and it was here that I was stationed, inhabiting the space, making replicas and filling up the dresser with my pots. 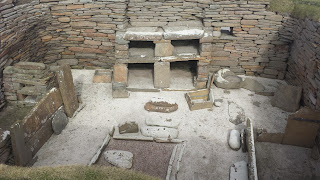 During the five days that I was there, using tools that were based on finds from the site, I made several large Grooved Ware vessels and a few Unstan Ware Bowls. This was a great experience for me and it seemed to be much appreciated by the visitors, many of whom stayed for some considerable time, talking to me about the houses, life in Neolithic Orkney, but mostly the pottery. Two guides who brought several groups round the site during my time there, were most emphatic that I must stay permanently and that the dresser should remain filled with my pots. Unfortunately that's not going to be possible at present but i am hoping that Historic Environment Scotland will invite me back again. 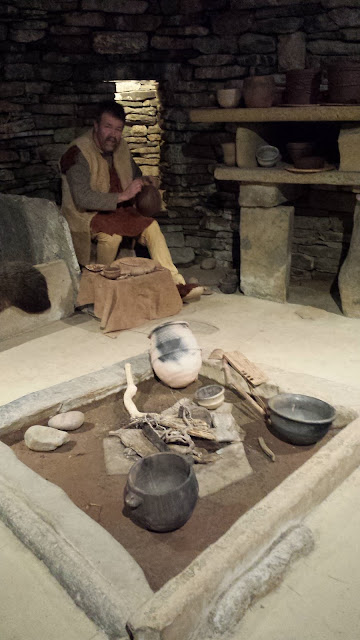 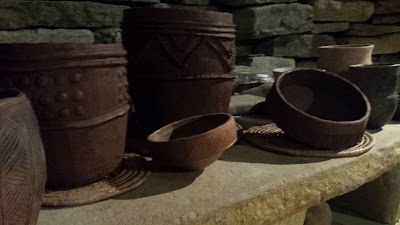 Visit my website at www.pottedhistory.co.uk
Posted by pottedhistory at 13:23 No comments: 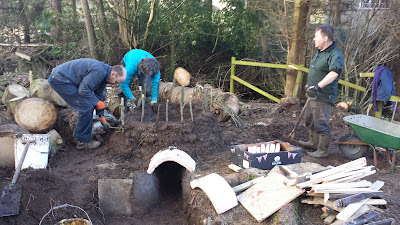 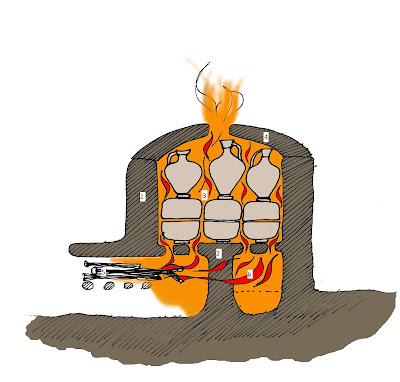 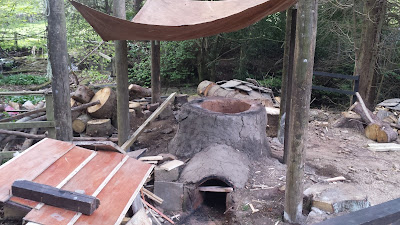 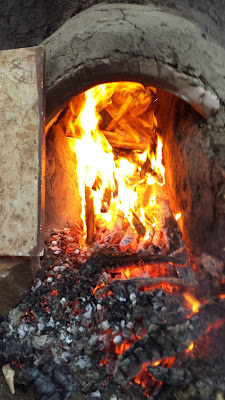 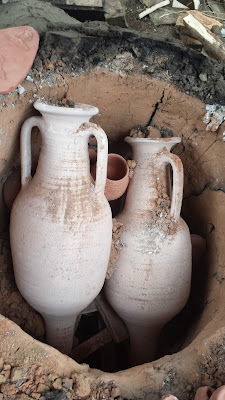